Profile of our Chairman 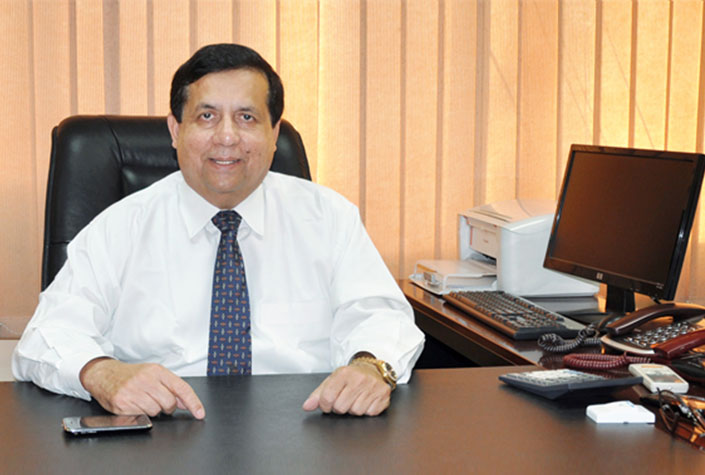 Mr. Muzaffar Uddin Siddique is the Founder of the BGMEA University of Fashion & Technology and Chairman, Board of Trustees. He is a businessman of repute and has been in the readymade garments sector for long 31 years. Currently he is regarded as an icon in our RMG sector as Chairman of Simco Group. Apart from business in readymade garments sector, he is also involved in the real estate business as Chairman of Simco Holdings Ltd.

After passing the HSC, he was admitted in the B.Com. (Honours) program of the University of Dhaka and graduated in the year 1974 (Batch of 1972). During his university studies, he was actively involved in various students’ activities and also participated in different tour programs. The degree program at that time was affected by about two years, due to the valiant liberation war of Bangladesh. During the liberation war as a student of Dhaka University he actively assisted in supporting the freedom fighters operating in Dhaka City.

After completing his Bachelors Degree he enrolled in the first batch of the Masters in Finance program of the Department of Finance, the University of Dhaka in the year 1976 (Batch of 1973). He was the ex-President of the Dhaka University Banking and Finance Alumni Association.

After earning Masters Degree, he traveled to United Kingdom to study Accounting and then worked in reputed business firms in London for over eight years.

In the year of 1984, he returned back to Bangladesh and started his career in the Readymade Garments (RMG) Industry, by establishing his first factory ‘Simco Bangladesh Ltd’ He was one of the pioneering entrepreneurs who took the risk of investing in this sector which was in its infancy. After devoting full-time in this sector he has now transformed SIMCO into a leading exporter having linkage with almost all major brands of the world like, Walmart, H&M, J.C.Penny, etc.

His has travelled to more than 60 countries of the world for business and personal reasons and enjoys travelling to new places with family and friends.

Mr. Muzaffar Uddin Siddique is a devoted family man and is the proud father of four highly qualified and educatedchildren, and a grand father to three grand children.